Cats display some odd behaviors. Sometimes the behaviors go beyond the norm to some seriously compulsive behaviors. If you cat is compulsively licking or chewing, you may have a cat with obsessive compulsive disorder. You probably had no idea that cats can have disorders that are generally known as human. If you think your cat is displaying obsessive behaviors, read more causes and ways to minimize them below.

Cats with obsessive compulsive disorder (OCD) may display one or more obsessive behaviors. These behaviors include:

The behaviors become compulsive when they are no longer normal and are becoming a problem. For example, a cat with compulsive grooming will often groom itself or another animal in your home until bald spots start appearing. Some cats will paw at a certain object or just a specific place on the floor for hours. Other cats will lick compulsively. It may be a blanket, themselves, or even your face. It can start out as cute, but then your feline friend will lick your face raw if you let it. When cats are compulsively sucking, they often suck on a piece of fabric or a plastic object for hours.

It's difficult to pinpoint one specific cause of OCD in cats. Some of the causes include a genetic predisposition, stress, medical problems, and emotional conflicts. Cats that are separated from their mother too early, or left alone often at a young age are more likely to develop OCD than their counterparts. While you may be able to look back and pinpoint a cause, experts are never completely sure when it comes to a specific case. It may be a learned behavior or a gene passed from the mother. It may be because they're anxious, or find the behaviors self-rewarding.

How to stop the compulsive behaviors

If your cat's compulsive behaviors aren't harming anyone or anything in your home, trying to reverse the behaviors may not even be necessary. However, you can do some things yourself to try and keep the OCD at bay. When your cat begins the compulsive behaviors, try and distract your cat with something. You can try blowing a whistle or making another loud noise, moving stuff around by your cat, or anything else that will get its attention. After your cat stops, reward it with some treats and a toy. It's important to use positive reinforcement. Anxiety drives the behaviors in cats with OCD, punishing your cat with a spray bottle, violence, or anything else that will upset it will only increase its anxiety.

If your cat's OCD is harmful, you will want to seek professional help. Veterinarians can actually prescribe medication that will reduce to eliminate the behaviors. The two types of medications that are generally prescribed for feline OCD are selective serotonin reuptake inhibitors (SSRIs) and tricyclic antidepressants (TCAs). If your at-home behavioral therapy isn't working, your kitty cat may need some medicinal help.

Cats groom, lick, and do all these other behaviors on a regular basis. However, for most cats, they don't last for more than a couple minutes at a time. If you have a cat that is doing these things for an unusually long time, or to the point of endangering itself, you need to take it to the vet immediately. 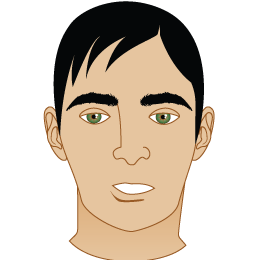 Welcome to my site, my name is Tomas Kyle. Welcome to my site about veterinarian services. When I noticed that my cat started chewing on the lilies in my flower arrangement, I immediately sprung into action. I knew that I had a limited amount of time to get my cat to the vet for assistance. Lilies are extremely toxic to cats, even in small amounts. I rushed my cat to the vet. The vet technicians pumped out his stomach and applied activated charcoal to soak up the rest of the toxins. My cat stayed overnight for constant observation. Luckily, he made it. I would like to share all of the tools and techniques used by vets to save animals' lives. I hope you will visit my site often to learn more. Thank you.